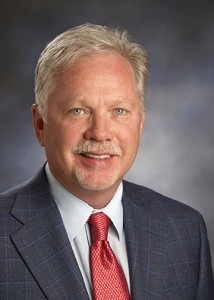 This year Edifice caught the attention of Business North Carolina’s Eric Dunn, sighting the company as “recording the highest leap in revenue — more than 76%,” during this 12-month period. Edifice CEO, Eric Laster commented on the drastic jump signifying the start of work on several large projects as the reason for the jump.

“We’re in a situation where there are more contractors than there are projects to build,” Laster says. “The competition is very keen.”

Edifice has seen improvements in light-manufacturing construction, including a contract for a $50 million expansion of Spokane, Wash.-based Clearwater Paper Corp.’s tissue-making plant in Shelby. In addition, the company is working on large church expansions in Charlotte and High Point.

Edifice continues to excel with a diverse portfolio including projects in retail, entertainment, civic and education, to upscale interiors, industrial, faith-based and federal projects.

The Charlotte-based monthly magazine focuses on the people, events and trends that shape business in North Carolina. Since it began publication in 1981, it has won more than 80 national awards for its writing, reporting and design.