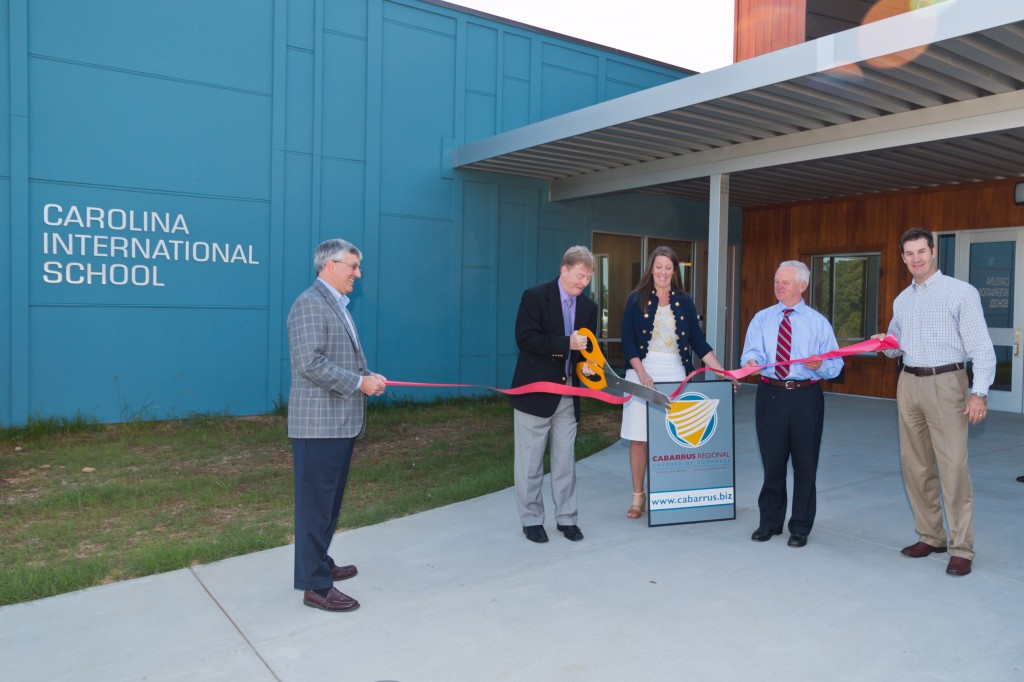 Attended by local dignitaries including the honourable J. Scott Padgett – Mayor of Concord, representatives from the Cabarraus Regional Chamber of Commerce, the CIS Board of Directors, and school administrators, the opening ceremony provided an opportunity for members of the community to tour the new facility. 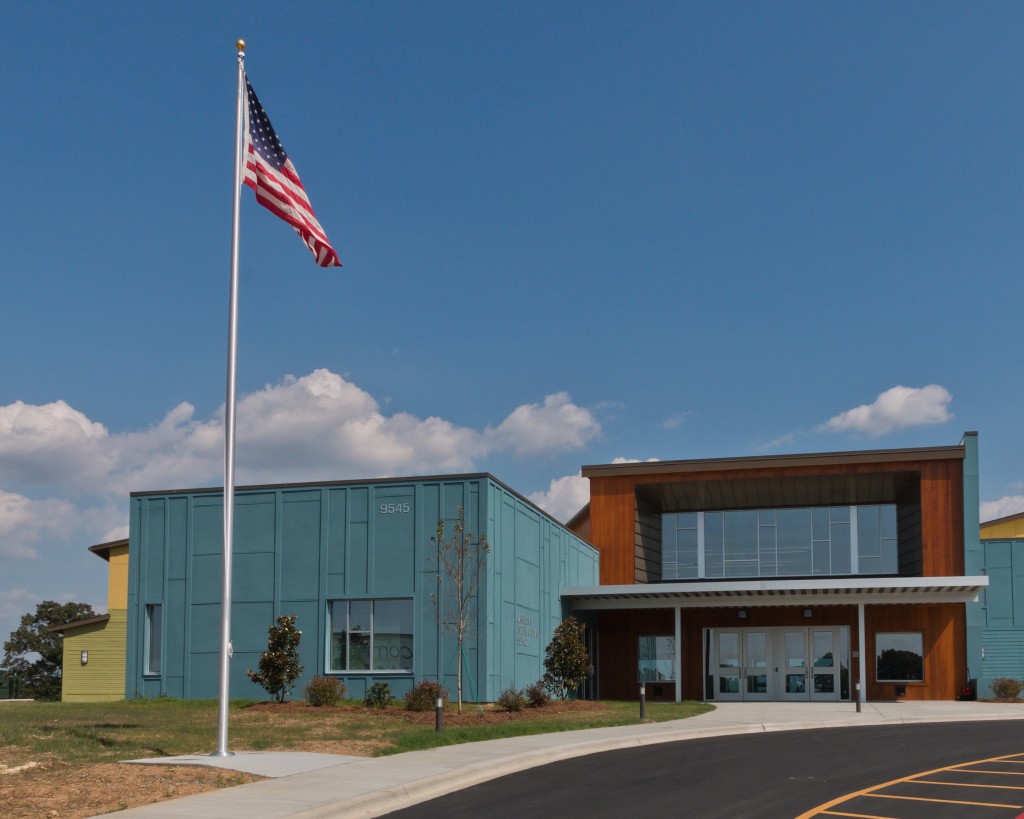 This unique school sits on an 82-acre campus with three ponds and sweeping views of the surrounding area. The 65,000 square feet charter school provides plenty of collaborative learning spaces and was built to accommodate 900 students. The school is equipped with today’s latest technology; classrooms include state-of-the-art SMART boards and Mimio interactive technology where instructional connections take place in all subject areas. An outside courtyard provides spaces for students to gather socially and academically while sustainable design features support the school’s goal of a healthy learning environment. 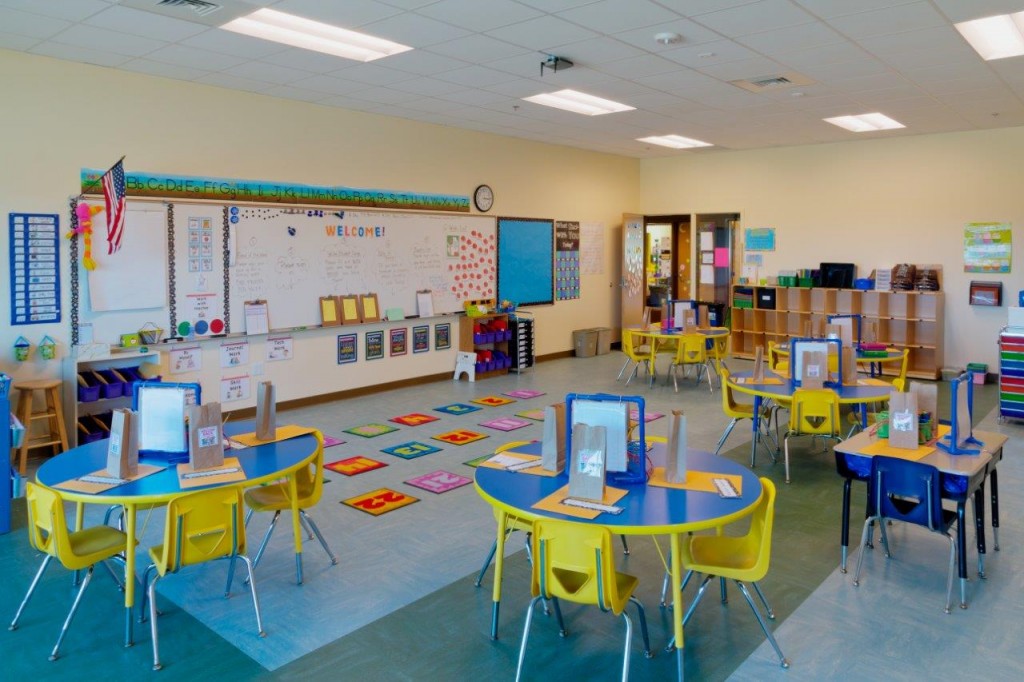 EDIFICE was selected as the design build contractor on this project in November 2011 and began by providing the CIS team with guidance for their architectural selection. The team selected local architect, Little Diversified Architectural Consulting, as their design firm. EDIFICE project executive David Stanford noted, “The entire process was extremely collaborative. The team met bi-weekly for several months to gain the vision of the CIS building committee and to incorporate their ideas.  On numerous occasions plans were laid out on the desk and various committee members marked up the drawings with their vision.  These fun-filled meetings were met with comments and laughter regarding the varying degrees of ‘drafting’ talent among the committee− ideas were exchanged and the process moved forward with a united front.”

Scott Elliott, CIS board chair commented, “This is a great day for the entire CIS community. We begin discussing a new school facility over eight years ago so I am proud to see this completed. The CIS community should be proud as well. It took a lot of effort from many people to see this to fruition. I especially want to thank the building committee and Edifice for making this project happen. This is a one of a kind facility that reflects the mission and vision of CIS.” 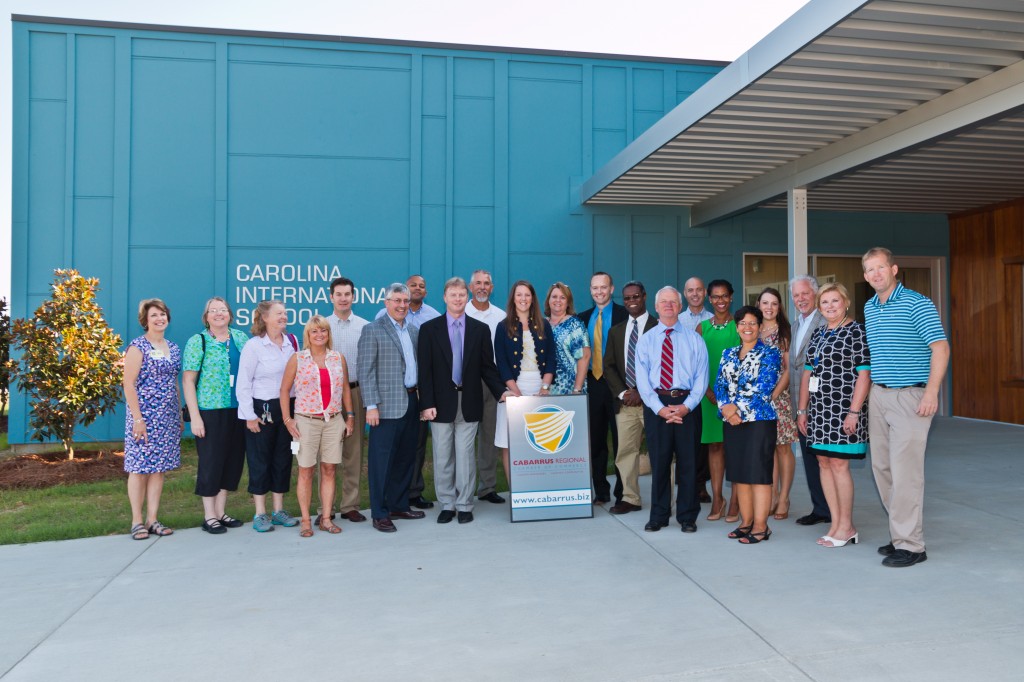