The Associated Builders and Contractors of the Carolinas (ABCC) announced that the 2020 GC Project of the Year, presented by Adams Electric Company, goes to EDIFICE for the St. Joseph College Seminary in Mount Holly, NC. Built for the Roman Catholic Diocese of Charlotte, it contains 28,657 square feet of striking Christian pointed architecture. Some of the most intricate design elements, requiring exceptional craftsmanship, were completed by local artisans as well as ABC members. Masonry and drywall were designed and constructed to mimic a 100-year old church in Rome.

“Edifice is honored and humbled to receive the “GC Project of the Year” award,” said EDIFICE Senior Vice President Bryan Knupp. “We feel blessed to have been given the opportunity by Fr. Kauth and The Roman Catholic Diocese of Charlotte to be part of such a beautiful project. We know this award happened only by the dedication and commitment of all of our partners.”

Two other EDIFICE projects were recognized with Excellence in Construction awards. The state-of-the-art skilled nursing center at Acts Retirement-Life Community in Matthews, NC and a corporate upfit for a confidential financial company at The RailYard in South End were both honored with EIC Eagle Awards. 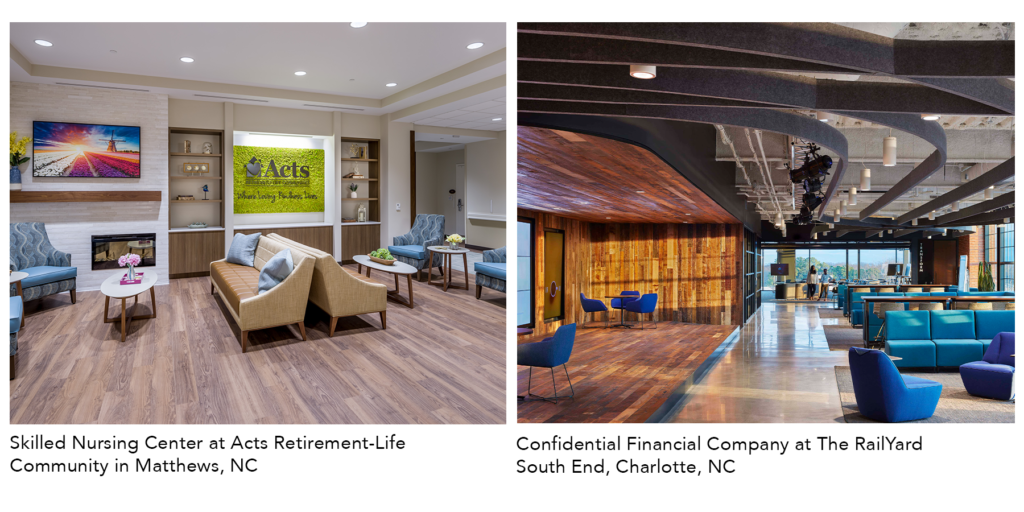 “With so much virtual activity this year, it felt good to congratulate our winners in person, wearing masks of course,” said Amy Sullivan Hicks, President & CEO of ABC Carolinas. “I am so proud of the quality projects that were delivered during these challenging times.”

About the EIC Awards: The Excellence in Construction Awards program is the industry’s leading competition that serves to raise the level of construction standards by recognizing the innovation and high-quality work of ABC members. These awards honor all construction team members, including the contractor, owner, architect and engineer.

About ABCC: Associated Builders and Contractors of the Carolinas (ABCC) represents the merit construction contractors and related firms in the Carolinas as a chapter of ABC, a national association representing more than 23,000 members. Our seven councils include: Charlotte, Coastal, Low Country, Midlands, Triad, Triangle and Upstate. For more news and information visit www.abccarolinas.org.

Reprinted in part from the Associated Builders and Contractors of the Carolinas.